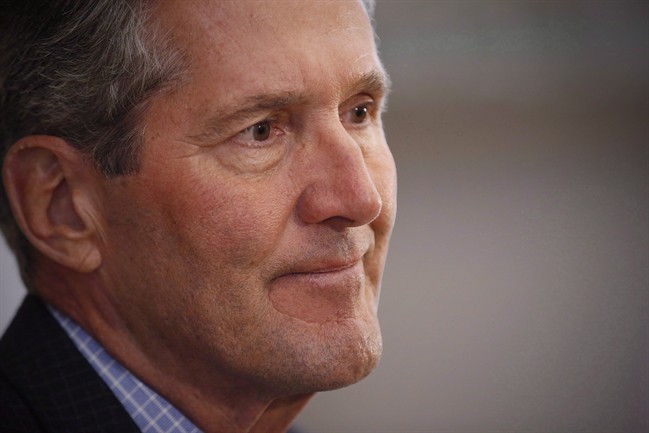 Manitoba Premier Brian Pallister responds to media after meeting with the Manitoba Islamic Association at the Grand Mosque, in Winnipeg in a January 31, 2017, file photo. (THE CANADIAN PRESS/John Woods)

WINNIPEG — A 160-kilometre bike ride will take Premier Brian Pallister between the original and current settlements of Peguis First Nation.

Pallister has launched the Premier’s Peguis Tour in recognition of the 200th anniversary of the signing of the Selkirk Treaty.

Pallister invited all Manitobans to join him on the journey — June 16-18 — taking him from the original St. Peter’s Reserve in East Selkirk and the current location of Peguis First Nation in the Interlake.

Manitoba schools were asked earlier this year to share letters of support for the initiative. Pallister visited William Whyte School on Monday, where students in Grades 4 and 5 shared their letters.

“I invite you to join me in this mission of friendship by writing a letter to Manitoba’s Indigenous peoples, expressing your gratitude for the vital role they played in the formation of our province,” said Pallister.

Manitobans are asked to submit letters by April 15 to [email protected] or mail to: