“I’m very fired up,” said Scott. “Anytime I’m coming back to Winnipeg I’m excited. The fan support that was here the last time we played was incredible, and I expect even better this time around.”

Tickets for the highly anticipated international soccer event start at just $25, available through Ticketmaster.ca. Groups of 10 or more are eligible to receive up to 30% off regularly priced tickets and fans can also take advantage of a special ‘Me+3’ offer by purchasing three tickets for the price of four in eligible price categories. 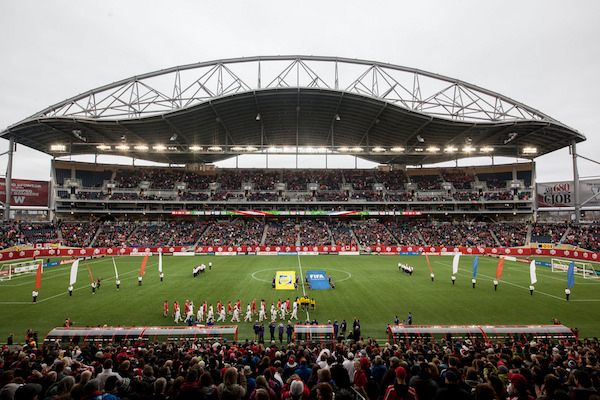 “Getting to play in front of Canadian fans is really special, so we are obviously thrilled to be coming home”, said Head Coach John Herdman. “We’ll be coming off away games against both Sweden and Germany, Olympic Silver and Gold medalists respectively, so we’re confident the team will be in good shape to produce a winning performance for our fans.” 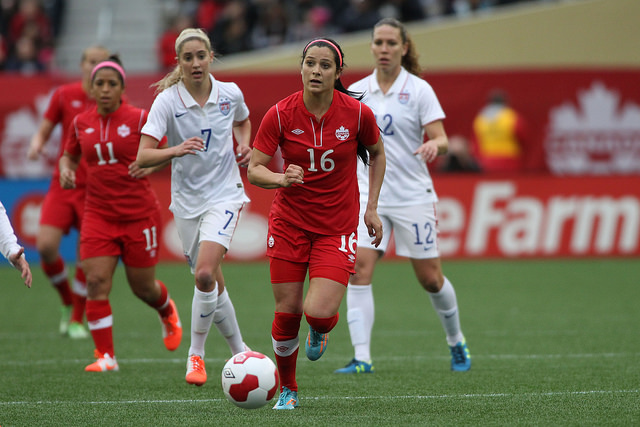 Canada last played in Winnipeg in 2014 against the USA resulting in a 1:1 draw. Kadeisha Buchanan gave the 28,255 fans on hand something to cheer about as she opened the scoring in the first half, but the Americans tied the game with fifteen minutes to go to draw 1:1. At the time, the attendance in Winnipeg was the second highest for a Canadian women’s international played in Canada.

“We are thrilled that the Women’s National Team will get to play in front of hometown fans as they begin their quest to be the top ranked team in the world, culminating at the 2019 Women’s World Cup and the 2020 Olympic Games,” said Peter Montopoli, Canada Soccer General Secretary. “For many players, there will be an added motivation to perform in front of hometown fans.”

This article is a paid advertorial.