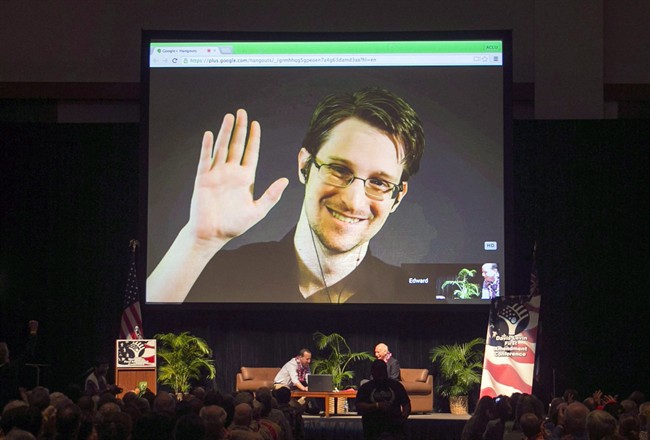 Edward Snowden appears on a live video feed broadcast from Moscow at an event sponsored by ACLU Hawaii in Honolulu on Feb. 14, 2015. (THE CANADIAN PRESS/AP, Marco Garcia)

Whistleblower Edward Snowden is set to deliver a lecture to Univerity of Winnipeg students later this spring.

The former U.S. intelligence officer will speak May 9 via webcast from Moscow as part of UWinnipeg’s Spring 2017 Axworthy Distinguished Lectures on Social Justice and the Public Good.

Snowden will join the Centre for the Liberal Arts and Secular Society (CLASS) Spring Institute for a conversation about mass surveillance and the role of universities as a critical public space for engaging the ethics of mass surveillance.

The lecture coincides with the university’s 50th anniversary and will be followed by eco-feminist Dr. Vandana Shiva on May 25.

Limited free public seating to the lectures is available on the UWinnipeg website.