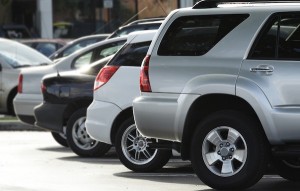 WINNIPEG — A new campaign has been launched to educate drivers on parking laws around schools, fire lanes and designated spaces.

The “Be Aware. Park with Care.” campaign is a pre-emptive warning to motorists before the Winnipeg Parking Authority begins mailing out tickets on May 1.

The campaign will be rolled out through videos, social media, radio, newspapers and by communication with schools and parents.

At the end of the day, nobody wants to be accused of being a “pig parker.”

← Previous: Investigation Launched After Woman Says RCMP Officers Inappropriately Touched Her Next: Two Men, One Woman Shot to Death Outside Home in East Selkirk; No Suspects at Large →
Tags: City of Winnipeg | Parking