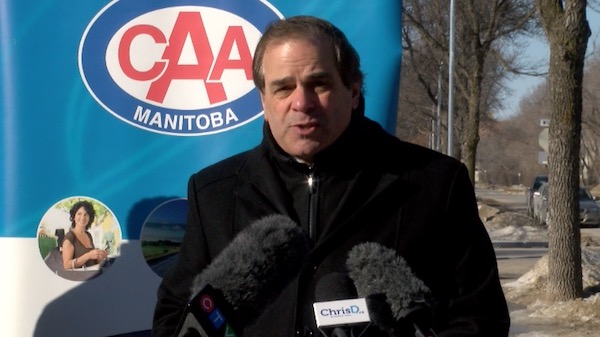 WINNIPEG — At the halfway mark in its 2017 Worst Roads campaign, CAA Manitoba is experiencing a surge in votes for over 500 roads.

“By the midway point of the campaign, we usually see 400 to 450 roads nominated,” said CAA spokesperson Liz Kulyk.

“This year we’ve already seen 5,000 votes cast on 527 roads around Manitoba. Clearly, more Manitobans are engaged in the discussion about the state of our roads.”

The annual search for the worst roads in the province have some new contenders, including Chevrier Boulevard, Empress Street and Fermor Avenue making the top 10 list. New rural roads in the running are Dugald Road, which stretches from Winnipeg through Anola, Main Street South in Minnedosa, and Highway 20 north of Riding Mountain Provincial Park.

Voting runs until April 17, 2017 at caaworstroads.com/manitoba.