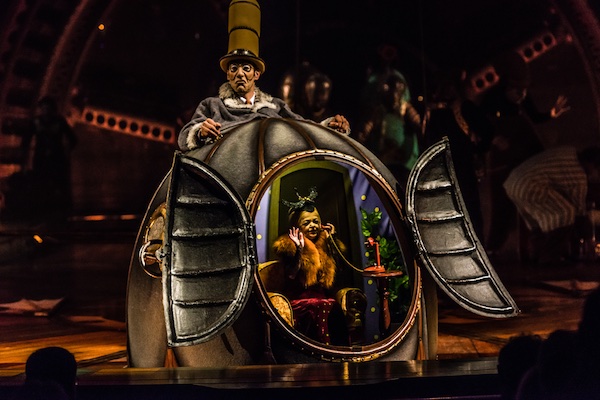 WINNIPEG — Cirque du Soleil’s Kurios has yet to arrive under the big top at Sterling Lyon Parkway and Kenaston Boulevard, but its run has already been extended.

“Kurios – Cabinet of Curiosities” premieres June 2 and will stay until July 9, 2017 due to overwhelming demand.

Tickets to the show go on sale today at 9 a.m. through Ticketmaster starting at $40.

Cabinet of Curiosities is a tale in which time comes to a complete stop, transporting the audience inside a fantasy world where everything is possible. In this realm set in the latter half of the nineteenth century, reality is quite relative indeed as our perception of it is utterly transformed. The name of the show refers to the humble and strange characters that inhabit the Seeker’s Cabinet of Curiosities.

The original production would have seen the show leave the city on June 25.