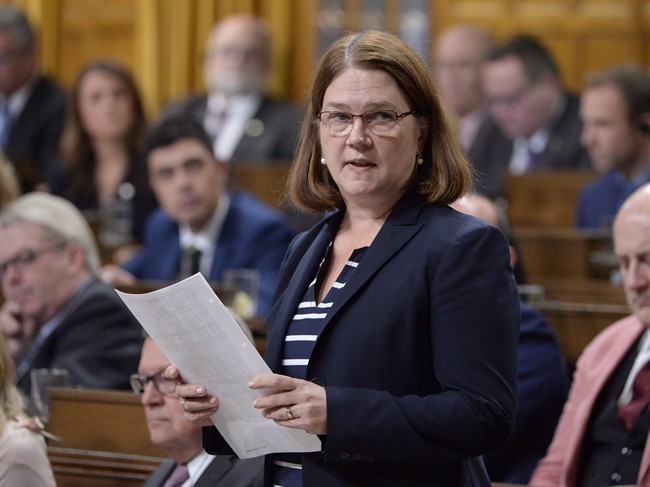 Health Minister Jane Philpott responds during question period in the House of Commons, in Ottawa in an October 25, 2016, file photo. (THE CANADIAN PRESS/Adrian Wyld)

NEEPAWA, Man. — The issue of access to health care has been in the news a lot lately, both locally and internationally. It’s not surprising — health is one of the areas of government that has the biggest impact on our lives and it’s also the area in which we spend the most.

In Gladstone, residents are concerned about access to medical services, with one vacant nurse practitioner position, another set to be vacant this month and the recent retirement of one of their two physicians. The health authority has already begun recruiting for the nurse practitioner positions and an international medical graduate is expected to begin working in the community late this summer. But for now, the community will face a crunch, for how long isn’t yet known. They aren’t alone — hospital closures, reduced service levels and having to go out of town to access medical services, both routine, and emergency, are common in many rural communities.

At the end of last year, Statistics Canada released the results of a study about Canadians’ access to health care between 2003 and 2013. The study found that in 2013, 71 percent of Canadian 15 years of age and older found no difficulty accessing health care when they needed it in 2013. There has been little change in this statistic since 2003.

The study was broken down into six categories of care: specialist care, non-emergency surgery, selected diagnostic tests, health information or advice, routine care and immediate care. The bad news is that despite a decade and increased health funding, few of these areas have seen a marked decrease in the number of people reporting difficulty accessing health care. The only area to make noticeable improvement was access to selected diagnostic tests. Access to specialist care, intermediate care and non-emergency surgery bounced around a little within the decade, but ended up only slightly improved by 2013. Access to routine care ended up slightly worse after a decade. Surprisingly, access to health information or advice also ended up worse after 10 years. Given the proliferation of medical information online and over the phone, I find this statistic particularly interesting.

Obtaining health care in a timely manner is important and as the study notes, difficulty accessing services can result in higher costs, both physical and financial.

“Difficulty getting an appointment” was a common reason Canadians experienced difficulty accessing both specialized and first-contact health care services and for many, this is related to physician availability. While the number of physicians in Canada is continually increasing, many Canadians still don’t have a family physician. In 2014, the physician-to-population ratio reached its highest ever (224 physicians per 100,000 people), yet that same year, about 15 percent of Canadians reported that they did not have a regular medical doctor. This is likely due to that fact that only half, 51 percent, of Canada’s physicians are family doctors.

So what’s the solution? In many communities, like Gladstone, nurse practitioners play an important role. They are Registered Nurses with additional training and the ability to diagnosis common medical conditions and chronic diseases. They are part nurse, part family physician and can perform tasks such as prescribing medications, performing minor invasive procedures (such as suturing minor wounds), conducting examinations and ordering diagnostic tests. In an environment where physician vacancies are common, nurse practitioners play an important role delivering health care.

It’s hard to know what the future of health care in Manitoba, and Canada, will look like over the next decade, but for those whose health is compromised by a lack of timely access to care, something has to change.