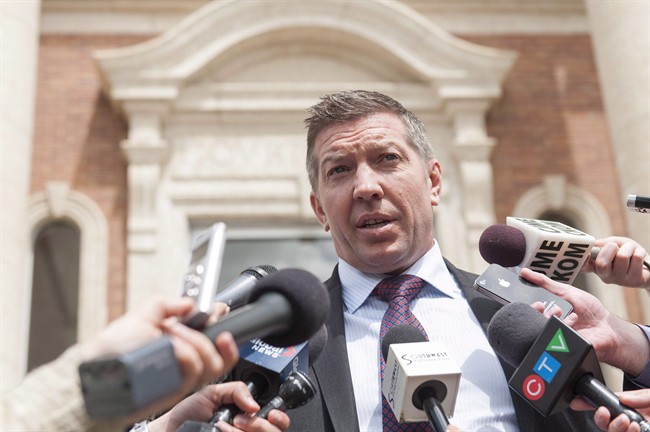 Sheldon Kennedy speaks to media outside the Court of Queen’s Bench after the trial of Graham James, in Swift Current, Sask., on June 19, 2015. (THE CANADIAN PRESS/Michael Bell)

WINNIPEG — A program to create safer, more respectful school environments in Manitoba has been renewed by the Pallister government.

The Respect in School program was launched in 2012 in partnership with former NHLer Sheldon Kennedy and co-founded by Wayne McNeil.

The online training tool has been enhanced for educating staff and volunteers to better respond to bullying, abuse, harassment, and neglect.

“As teachers, bus drivers, custodians and other school leaders are often the most trusted adults in a student’s life, we need to empower them with critical information and tools to respond confidently should issues arise.”

The Manitoba School Boards Association says more than 3,300 new users in Manitoba signed up for the program in 2016.

The province will spend $100,000 annually over the next three years to fund the program.