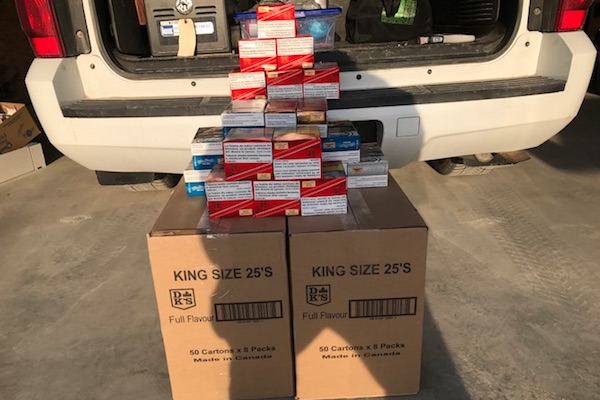 Police made a traffic stop at around 4:20 p.m. about eight kilometres east of Deacon’s Corner on the westbound Trans-Canada Highway.

A search of the suspect vehicle turned up 50 cartons in each case, plus 23 individual cartons of cigarettes.

RCMP and Manitoba Finance are investigating.