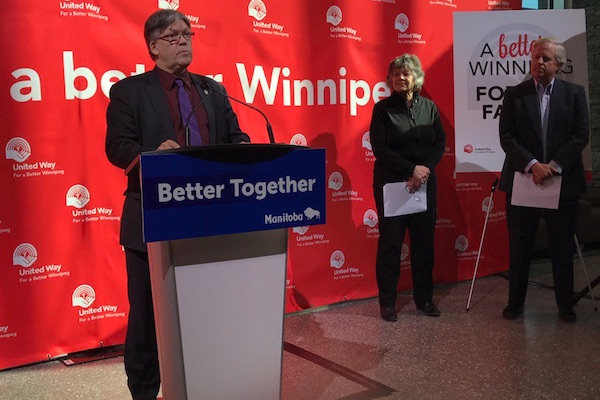 WINNIPEG — New education grants introduced Friday will help low-income post-secondary students further their studies without restricting them by their finances.

The province is investing $10.5 million into the Manitoba Bursary for 2017-18, benefiting approximately 5,800 students.

“This new grant will provide advance, non-repayable financial assistance directly to students who need it most during the course of their studies,” said Education and Training Minister Ian Wishart during an announcement at Red River College’s downtown campus.

“We are ensuring that post-secondary education in Manitoba is made more accessible through enhanced support for lower-income students, while they are in school.”

The Canadian Federation of Students — Manitoba was quick to point out the bursary program was introduced under the former NDP government.

“We have long been pushing the government for more up-front access programs, such as the conversion of loans to grants, and while this slight access change is positive, it is not a new program and it does not provide any new funding for students,” said Michael Barkman, chairperson of the CFS Manitoba.