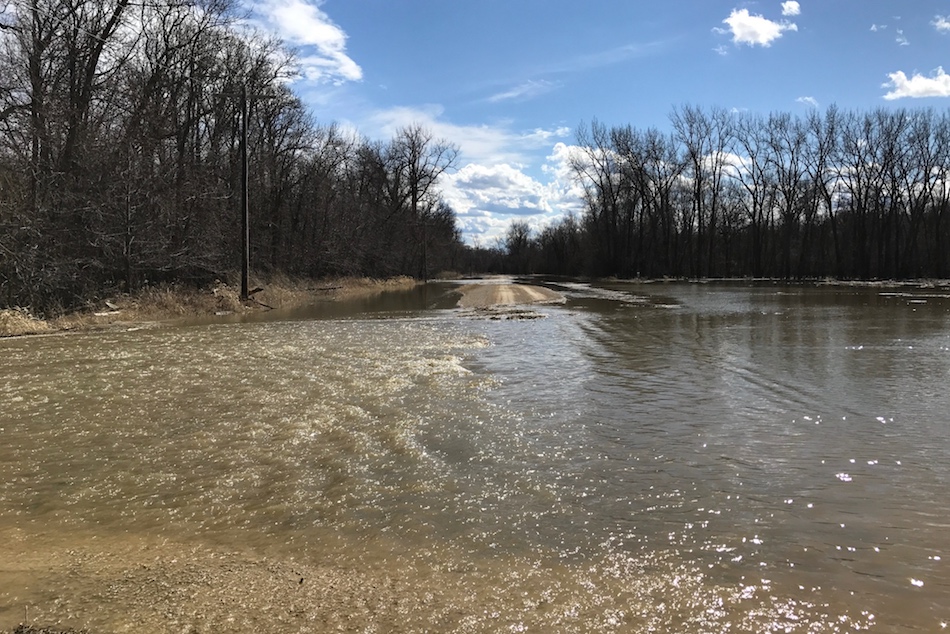 Caron Drive in St. Francois Xavier west of Winnipeg is closed due to a washout. (CHRISD.CA)

Overland flooding has closed at least one road in St. Francois Xavier west of Winnipeg.

Caron Drive was inaccessible on Saturday as overland flooding made quick work of the gravel road southwest of Highway 26.

The RM of St. Francois Xavier remains under a local state of emergency from April 9. Volunteers have filled sandbags and are prepared for levels upwards of 17,000 cfs.

Further west in Portage la Prairie, the Assiniboine crested on Thursday at an estimated 38,600 cfs. The province says the lower Assiniboine River is slowly being reduced to 14,000 cfs by Monday. Future gradual decreases will depend on the weather.

Elsewhere in Manitoba, an ice jam has forced more than 100 people from their homes on Opaskwayak Cree Nation. The Canadian Red Cross is assisting evacuees with lodging in The Pas, food and additional support services.