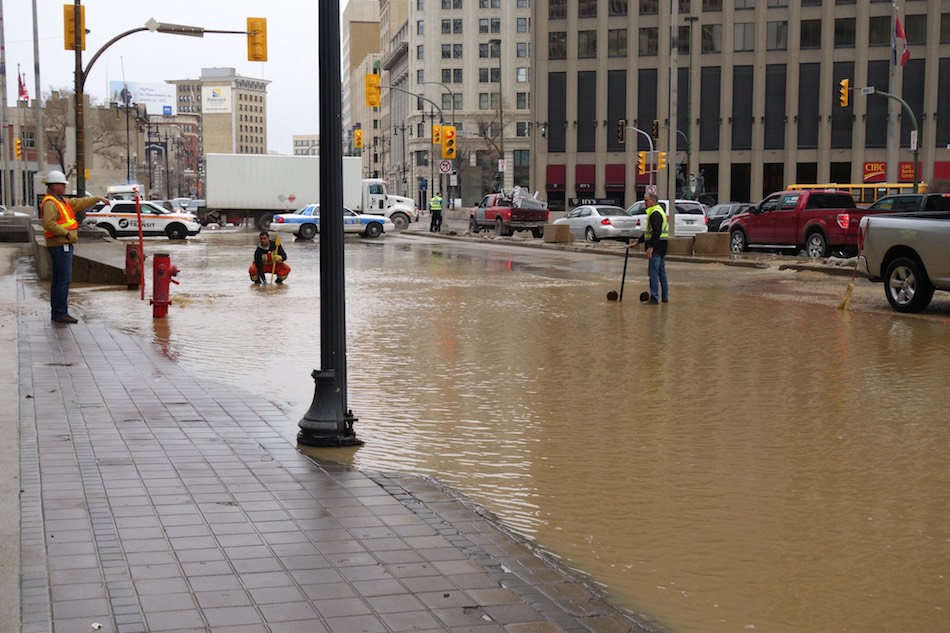 Southbound Main Street was closed temporarily after a water main break in the area on Thursday, April 20, 2017. (@MARKPMCAVOY / TWITTER) 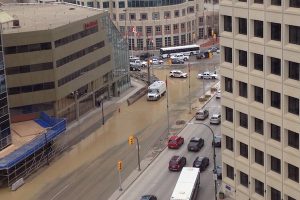 An aerial view of the water main break Thursday morning at Portage and Main.
(@ELLYLOU1 / TWITTER)

Crews responded at around 9:10 a.m. to begin working on repairing the break.

Several lanes of traffic were closed as brown-coloured water flowed over the curb in some places. At least one business underneath 360 Main Street took on water as a result of the break. Photos on social media also showed wet floors in the Shops of Winnipeg Square.

The city says the downtown area may experience discoloured water, but there isn’t a safety risk in drinking it.

Manitoba Hydro was also on scene shortly after to examine its infrastructure.

No damage estimate is available.

← Previous: Man Robbed by Suspect with a Gun at Portage and Main Next: Boy, 11, Killed in Accidental Shooting on Garden Hill First Nation →
Tags: City of Winnipeg