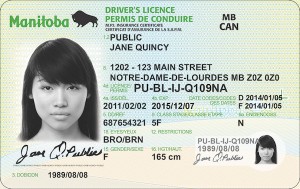 WINNIPEG — Members of the Canadian Forces who move to Manitoba will now have an easier time obtaining a provincial driver’s licence or identification card.

The Department of National Defence issues military cards, which are subject to extreme background vetting. Because of this process, the Manitoba government will now recognize such cards to satisfy provincial identity requirements.

“This change is effective immediately, and is also being adopted in other Canadian jurisdictions that don’t already recognize military identification cards or driver licences for identity verification purposes,” said Ward Keith with Manitoba Public Insurance.

“Recognizing these licences and now identification cards to satisfy applicable identity requirements is a logical extension of this policy.”