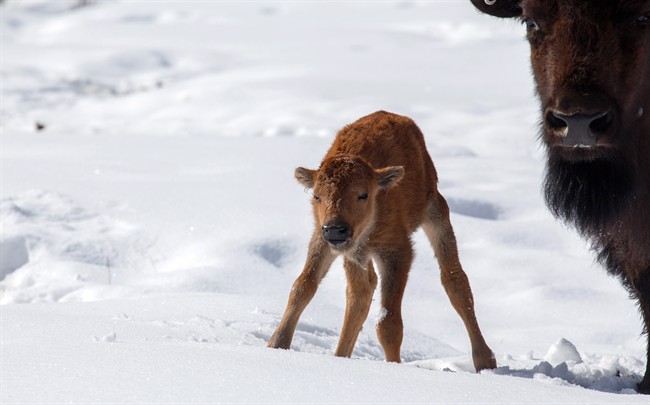 BANFF, Alta. – For the first time in more than 140 years, bison calves have been born in Banff National Park’s backcountry.

Parks Canada says the first calf was born on Saturday in the Panther Valley area and two more have since made their debut.

Vast herds of the ruminants roamed the mountainous landscape for thousands of years, but they were brought close to extinction because of overhunting in the 1800s.

In February, Parks Canada moved 16 of the beasts from east of Edmonton to a penned pasture in a remote area of Banff as part of a $6.4-million reintroduction project.

The herd that made the 400-kilometre journey by truck and helicopter included 10 pregnant cows and six young bulls.

The bison are to reclaim their historic role in the ecosystem when they are released in the summer of 2018 into a 1,200-square-kilometre zone.