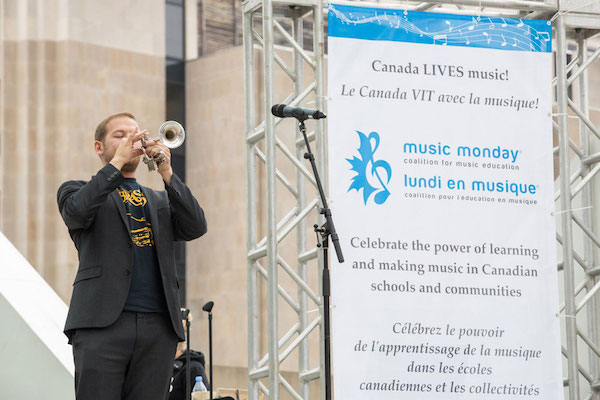 The world’s largest single event meant to promote and raise awareness of music education will have some Winnipeg voices chiming in.

Music Monday, the 13th annual event led by the Coalition for Music Education, is May 1.

“Music is the heartbeat of Canada, a vibrant part of the fabric of our country’s heritage,” said Holly Nimmons, executive director of the Coalition for Music Education in Canada.

Simultaneous concerts will take place throughout Canada, including in Winnipeg and Brandon. The National Showcase Concert at the National Arts Centre in Ottawa will lead the way.

Locally, the signature Music Monday event be held at The Forks under the outdoor canopy during the lunch hour. Students James Aikinson (J.H. Bruns) and Mariam Busari (Winnipeg Collegiate) will co-host the show, with performances by Nelson McIntyre Collegiate Ensembles, and Marion, Archwood and Nordale schools.

Listen to the anthem below: