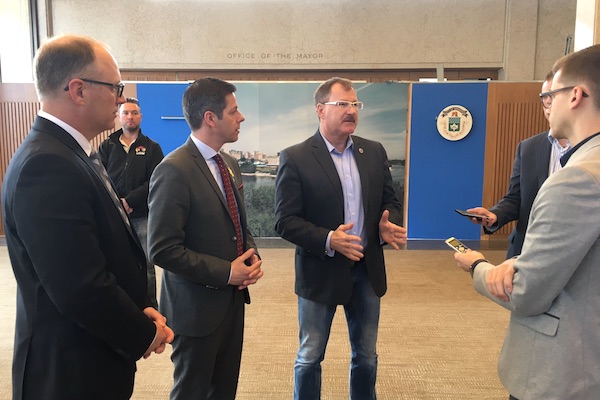 Winnipeg firefighters are in line to receive a 1.8 percent wage increase this year and an additional two percent hike over the next three years.

That’s just one part of a new contract between the City of Winnipeg and the United Fire Fighters of Winnipeg Local 867 (UFFW).

The new agreement spans a four-year term — from December 2016 until December 2020 — and will be voted on Wednesday by both city council and executive policy committee.

New recruits can also cash out vacation/lieu tour/holiday time at the discretion of the WFPS to reduce overtime costs to allow new members to fill staffing gaps.

Firefighters over the age of 65 will be reassigned within the service outside of fire suppression as a result of data showing the risk to health of a firefighter increases after that age.

One outstanding issue will be handled over a one-day period by an arbitrator relating to a revised rate of pay for the WFPS Emergency Mechanical Services Branch mechanic and supervisor positions.