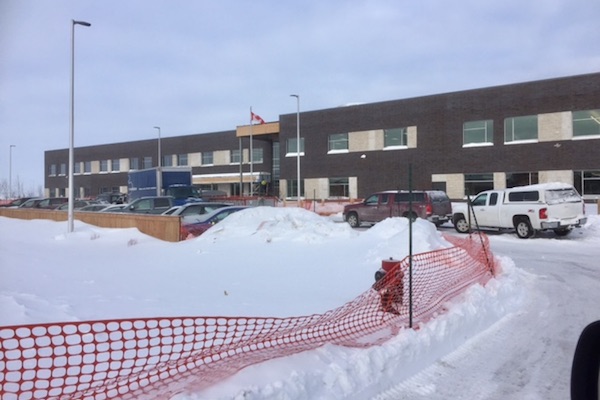 École South Pointe School, 615 Kirkbridge Drive, during construction in early 2017. Another school for Grades 9-12 is planned for construction in the Waverley West area. (JANICE LUKES)

WINNIPEG — The Manitoba government is looking to the private sector to get shovels in the ground on four new schools in the province.

The government and the Public Schools Finance Board have launched a request for proposals for a public-private partnership (P3) model for the four new schools, valued at more than $100 million.

“The P3 model has proved to be very successful across Canada and in Saskatchewan in particular for such projects. We have studied these approaches carefully and believe a similar innovative procurement delivery model could mean cost savings and better value for Manitobans,” said Premier Brian Pallister.

Education and Training Minister Ian Wishart said each school will be operated by their respective school boards.

“We are taking a pragmatic approach to the procurement of new schools in order to deliver quality infrastructure on time and on budget,” said Wishart.

Each of the school facilities will be designed to accommodate a child-care centre with 20 infant spaces and 54 preschool spaces.

The deadline for submissions is June 15 with the contract to begin by August 1. The goal is to break ground on the projects in the 2019 construction season.