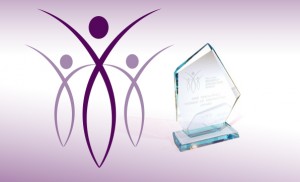 WINNIPEG — Some very special women have been honoured at the 41st annual Women of Distinction Awards.

The YMCA-YWCA awarded the distinctions on Wednesday evening, recognizing some of the 42 women nominated for their talent, achievement and innovation.

“It was an honour to celebrate the exceptional accomplishments of the nominees and recipients tonight. Hearing their stories of devotion, vision and transformative work was truly awe-inspiring,” said Susan Emerson with YMCA-YWCA of Winnipeg.

And the winners are…

In addition, the Eira “Babs” Friesen Lifetime Achievement Award was awarded to Jo Wright, a retired United Way fundraiser and long-time supporter of women’s right and equality in the community.

Proceeds from the YMCA-YWCA Women of Distinction Gala at the RBC Convention Centre help provide funds for a variety of YMCA-YWCA of Winnipeg programs.