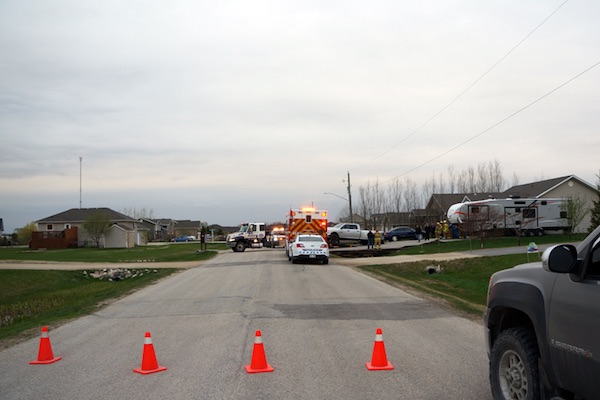 A 49-year-old man died Monday in Steinbach when the pickup truck he was working on fell off its supports, pinning him underneath. (STEINBACHONLINE.COM)

A 49-year-old man died in Steinbach Monday after he was pinned under a pickup truck in his driveway.

RCMP responded to Ash Grove Lane at around 6:45 p.m., where the resident had been working on his truck when it fell off the supports. He was pinned underneath and pronounced deceased at the scene.