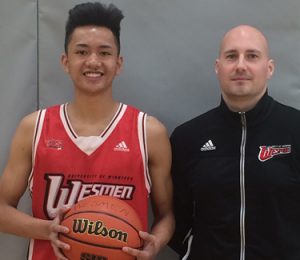 “We are excited to welcome Don to the program,” said head coach Mike Raimbault. “He had a stellar high school career, was well coached, and has an exciting future ahead.”

Dayrit will start with the Wesmen in the 2017-18 Canada West season this September.

← Previous: Piaf! The Show Playing The Burt in October Next: Man in Steinbach Follows Girl Home from School, Stands in Her Yard with Camera →
Tags: Basketball | University of Winnipeg | Winnipeg