Campaign Reminds Motorists to Slow Down in Construction Zones 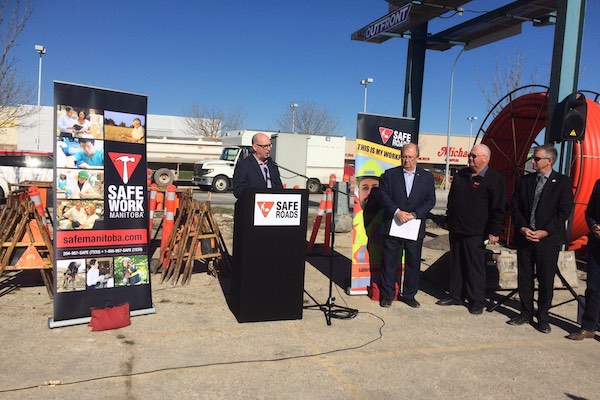 Manitoba drivers are being reminded to slow down in construction zones as the busy summer construction season ramps up.

The 2017 SAFE Roads campaign is underway, raising awareness of the greater number of workers on the roadways.

“Campaigns like this help educate drivers and reinforce the message to slow down and use extra care when travelling in areas where workers are present,” said Jamie Hall, chief operating officer of SAFE Work Manitoba.

This year’s campaign theme is I Want to Make it Home, Too. The message will appear on billboards, transit buses and other advertisements featuring emergency responders and flag persons.

The Manitoba Heavy Construction Association says 84 percent of people who are aware of the SAFE Roads campaign become more considerate, empathetic and understanding of workers and their designated work zones.