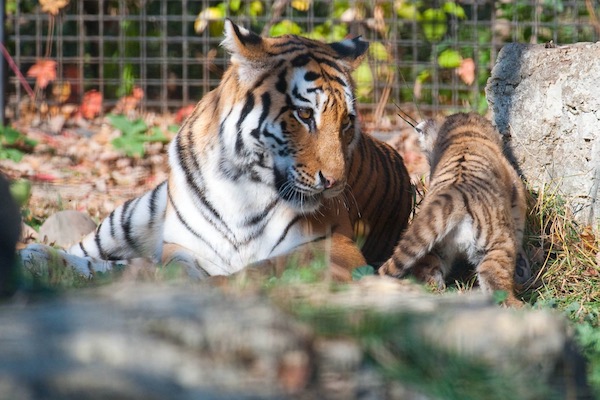 Kendra, a matriarch Siberian tiger, has been put down by the zoo. (ASSINIBOINE PARK ZOO / FACEBOOK)

WINNIPEG – Age-related arthritis has led to a long-standing resident of Winnipeg’s Assiniboine Park Zoo being euthanized.

Zoo officials confirmed Monday in a Facebook posting that Kendra, a matriarch Siberian tiger, has been put down.

They say in a release that the big cat’s health troubles had been mounting over the past two years.

The zoo managed to help make Kendra comfortable through veterinary care and some assistance, but her condition began to get worse two weeks ago.

“Losing Kendra is like losing a member of the Assiniboine Park Zoo family and we are all in mourning,” said the social media posting.

“In particular, we would like to express our most heartfelt condolences to the zookeepers who worked with her and cared for her every day. She was loved.”

Kendra had two litters during her 18-year life, one of which was in Winnipeg. (CTV Winnipeg, CJOB)