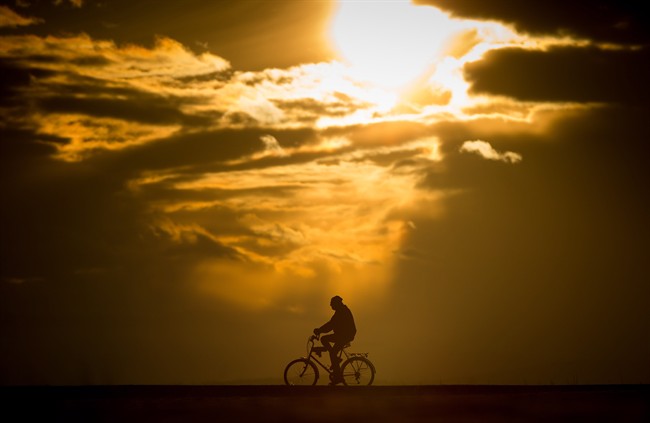 A man is silhouetted while riding a bike at Garry Point Park at sunset in Richmond, B.C., on Monday, February 27, 2017. (THE CANADIAN PRESS/Darryl Dyck)

The annual Sunday/holiday bike routes are now in effect throughout Winnipeg.

From May 21 to October 9, four streets in the city will be designated as bicycle routes from 8 a.m. to 8 p.m. Motor vehicle traffic is restricted on these routes for no more than one block.

Signs are posted to warn motorists of the restrictions. A fine could apply if a distance of more than one block is travelled.

← Previous: Technology and the Cost of Doing Business: Jackman-Atkinson Next: Man Dies After Hit and Run on Cumberland Avenue →
Tags: City of Winnipeg