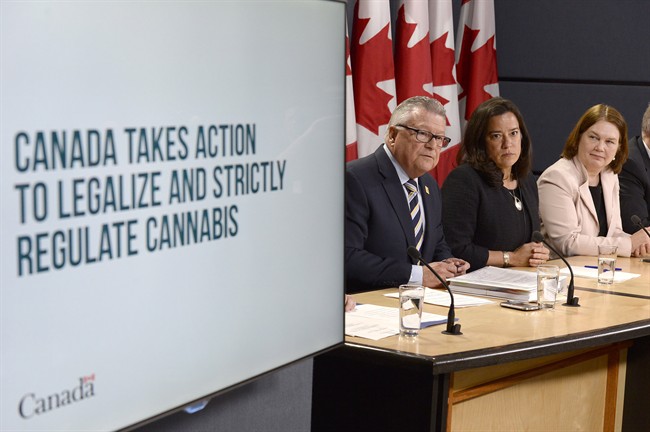 Wilson is far from the first person to criticize the inquiry for its glacial pace of progress — family members of victims and indigenous activists have been growing frustrated with a lack of activity and what they consider poor communication.

But his profile as Wilson-Raybould’s father, as well as an indigenous leader who famously battled with then-prime minister Pierre Trudeau in the 1980s, has given his expression of anger some additional volume.

“You have failed miserably,” Wilson rails against the commissioners in a lengthy Facebook diatribe posted on the weekend. “It is time for you all to resign.”

In a statement Wednesday, Wilson-Raybould said the federal government remains steadfast in its commitment to end the ongoing tragedy, adding she respects her father’s opinions but that he speaks for himself.

“We have not spoken about the inquiry,” she said.

Last week, chief commissioner Marion Buller held a news conference in Vancouver to respond to criticism from advocates and indigenous leaders who raised concerns about the inquiry’s progress.

She pledged more communication about the inquiry, adding its main focus is public hearings set to begin in Whitehorse next week.

The Liberal government has earmarked two years and $53.8 million for the study.

On the weekend, Prime Minister Justin Trudeau defended the process, suggesting that such a large and important undertaking needs to take the time to get it right.

“There were always going to be big challenges with such an important and meaningful commission,” Trudeau said Saturday during a stop in Edmonton.

“We are trusting the commissioners to do the work that we laid out that they need to do.”

Buller said more time and money will be required but the commission has yet to apply for a formal extension.

“Our real push is to get through the hearings in Whitehorse,” she said in an interview. “That’s our first priority.”

Ceremonies will be held Monday in Whitehorse, followed by three days of public hearings.