Man Injured After Falling into Red River on Lawn Mower 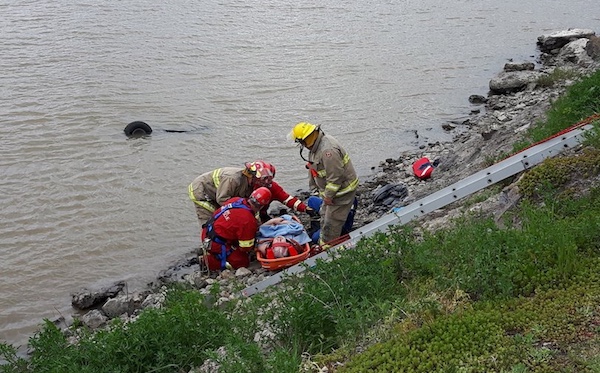 Emergency crews pull a man from the Red River in Selkirk, Manitoba on Friday, May 26, 2017 after the riding lawn mower he was operating fell down an embankment. (THE SELKIRK RECORD / SUBMITTED)

A 66-year-old Selkirk man is lucky to be alive after falling approximately 35 feet down an embankment into the Red River on Friday.

The man was operating a riding lawn mower at the time when it fell off the edge of his property and into the water.

STARS air ambulance responded and transported the man to the Health Sciences Centre in Winnipeg at around 2:40 p.m.

He suffered a fractured back and three broken ribs, according to The Selkirk Record.

A STARS spokesperson says attending firefighters performed a high-angle rescue to pull the man out of the water.

He is expected to make a full recovery. 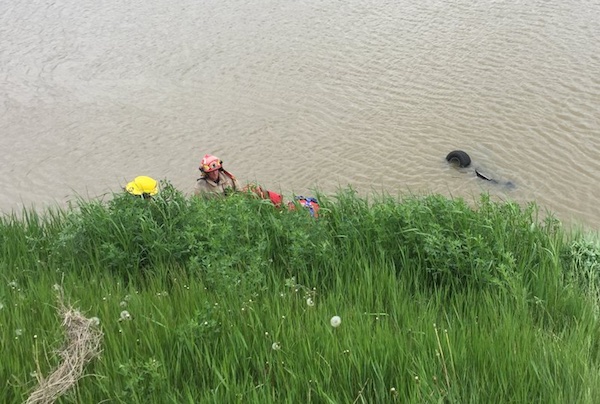 The 66-year-old Selkirk man was transported to the Health Sciences Centre for treatment of his injuries. (THE SELKIRK RECORD / SUBMITTED)