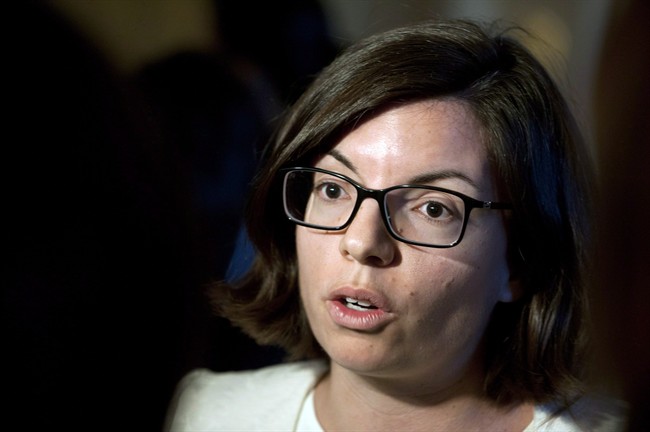 Ashton is one of six candidates seeking the party’s top job — a leadership race scheduled to wrap up in October, when rank-and-file members pick a successor to Tom Mulcair.

And she has no plans to slow down, despite her pregnancy, she said in a statement.

“Like millions of Canadian women I will carry on my work. This means continuing to reach out to New Democrats, activists and progressives across the country to build a movement for social, environmental and economic justice for all.”

Ashton said she intends to visit B.C. and the Atlantic provinces in the next two weeks.

All six candidates participated in a debate Sunday in Sudbury, Ont.

Five other debates are scheduled over the next several months: St. John’s, N.L, Saskatoon, Victoria, Montreal and Vancouver.

← Previous: Woman, 23, Falls to Her Death During Hike in Ontario Park Next: Man Laying in Box of Pickup Truck Run Over in Northern Manitoba →
Tags: Canada | Manitoba | NDP | Ontario | Ottawa