Home » News » Clash of the Mascots: Tourism Week Kicks Off with Airport Invasion

Clash of the Mascots: Tourism Week Kicks Off with Airport Invasion 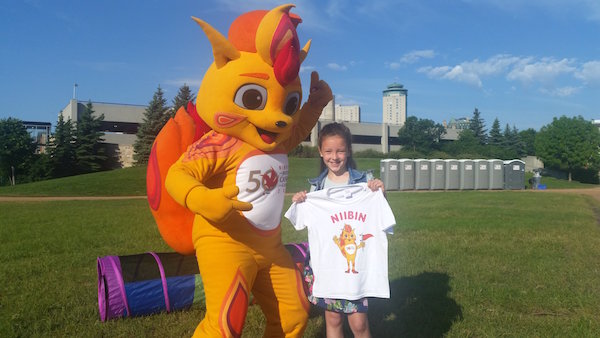 Niibin, the 2017 Canada Summer Games mascot, is one of a dozen appearing at James Richardson International Airport on Friday. (TWITTER)

“The annual mascot invasion orchestrated by Tourism Winnipeg is a proven hit with travel-weary passengers as they deplane, and it also increases interest in an array of notable local tourism experiences,” said Dayna Spiring, president and CEO of Economic Development Winnipeg Inc.

The colourful mascots will greet airline passengers and mingle in the arrivals area between 1:30 p.m. and 3:30 p.m.

“Whether you’re a visitor arriving in Winnipeg for the first time or a local returning home, this fun and lighthearted event is a refreshing way to tell a small part of Winnipeg’s unforgettable story.”

This year’s mascots include: