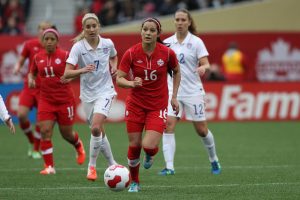 “I think you’ll see a well organised Costa Rica team, very defensive, but very good in the counterattack, and that’s where they have improved in the last three years,” said John Herdman.

“They never used to be that much of a threat, but now they have some top players. We know we will have to take care of the transition threats and not get too excited with our attacking.”

The last time these two teams met, Canada edged out Costa Rica to take one of two CONCACAF spots at the Olympic Games.

More than 11,000 tickets have already been sold for the match.