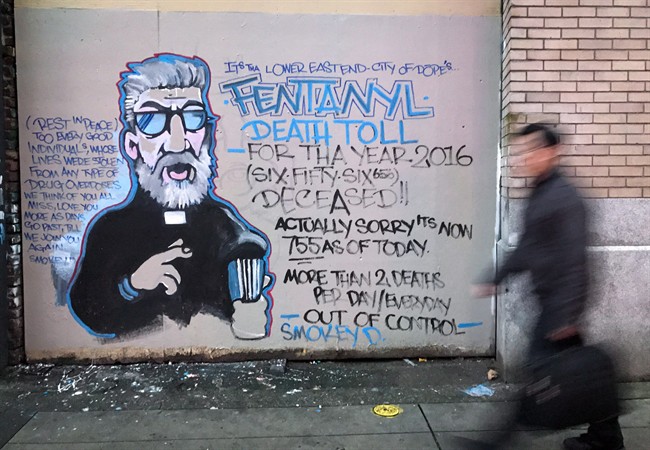 A man walks past a mural by street artist Smokey D. about the fentanyl and opioid overdose crisis, in the Downtown Eastside of Vancouver, B.C., on Thursday December 22, 2016. (THE CANADIAN PRESS/Darryl Dyck)

The data from the Public Health Agency of Canada suggests a death rate of 8.8 per cent per 100,000 people, and that the West is feeling the brunt of the impact.

The agency says data from Quebec is not currently available.

The numbers were released by the agency on behalf of a federal, provincial and territorial advisory committee on the opioid overdose epidemic.

Health Canada says opioids affect the part of the brain that controls breathing and taking more pills than the body can handle can cause breathing to slow, contributing to unconsciousness and death.