Getting Fit Downtown: Popular Outdoor Workouts Back for Summer 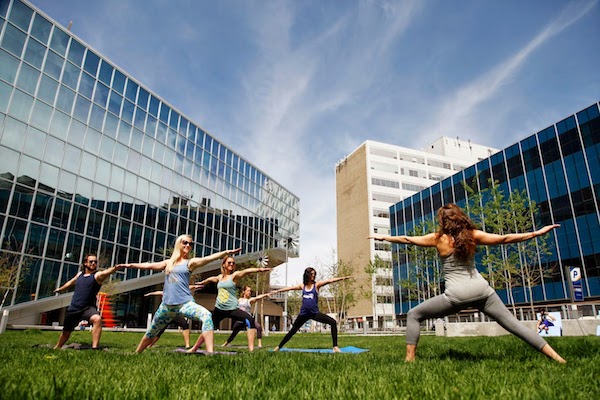 A group performs yoga in Millennium Library Park in downtown Winnipeg. Fitness in the Park is on now until August 31. (PRAIRIE YOGI MAGAZINE)

Fitness in the Park returns to the city’s green spaces now until August 31.

“If we can help thousands of office workers and residents include some much-needed relaxation amid the hustle and bustle of their everyday lives, we will continue to offer our fitness in the park series,” said Stefano Grande, CEO of Downtown Winnipeg BIZ. “It’s important to give people diverse reasons to come downtown and be part of the community.”

The BIZ is behind the sessions, which are offered free of charge from noon to 12:45 p.m.

Where to find Fitness in the Park