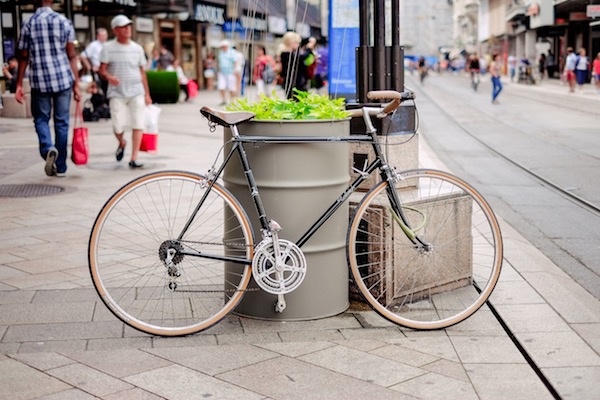 WINNIPEG — The city is looking at how to best improve cycling infrastructure in the East Exchange District.

A series of upcoming open houses and workshops will discuss connecting West Alexander to the area, and building on the existing painted bike lanes on McDermot Avenue and Bannatyne Avenue to protected infrastructure.

The city began engaging with the public in February and has received input from hundreds of citizens so far.

To further the discussion, a pop-up protected bike lane demonstration is planned for Tuesday, June 20 between 11 a.m. and 1:30 p.m. at Hugh John MacDonald School, 567 Bannatyne Avenue. A second demonstration will take place Wednesday, June 21 in Old Market Square between 10 a.m. and 2 p.m.

Those wishing to participate in a workshop to review designs and share their input can RSVP to John Osler, (204) 942-0654 or [email protected] before June 16. The workshop is Tuesday, June 20 from 5-7 p.m. in the Carol Shields Auditorium at the Millennium Library.

Proposed design options are available for viewing at Winnipeg.ca.