Track Washed Away: Flood Means Rail Line to Northern Manitoba Off For Months 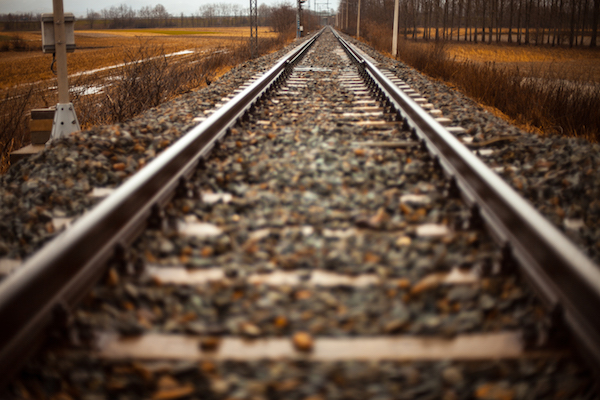 CHURCHILL, Man. – The only ground transportation to subarctic Churchill has been suspended until at least winter — and possibly next spring — dealing a blow to the remote Manitoba community’s tourism industry and driving up prices for food, fuel and other items.

The owners of the Hudson Bay Railway line say flooding that submerged a section of the track and stopped service on May 23 has caused “unprecedented and catastrophic” damage that will take months to repair.

Omnitrax Inc. said Friday a preliminary assessment found the track bed has been washed away in 19 locations and five bridges are visibly damaged. The company said another 30 bridges and 600 culverts need to be examined further.

“Until we are able to get people physically on the ground and do a proper inspection, it’s difficult for us to truly know (how long repairs will take),” Peter Touesnard, Omnitrax chief commercial officer, said in an interview.

The rail line brings food, supplies and people to the remote community of 900 popular with tourists for its polar bears and other northern wildlife. The disruption means goods and people will have to arrive by air, which is much more expensive. Churchill has no road to the outside world.

The rail service disruption is limited to a stretch between Amery, north of Gillam, and Churchill.

The news came just before the start of the summer tourist season centred on beluga whales in the Churchill River. Belinda Fitzpatrick, who owns an inn and hotel in the town, said she expects prices for food and supplies will go up and some guests who were planning to come by train will cancel.

“With the Canada 150 celebrations, we were looking forward to a bumper year so … hopefully we can still try and save some of that,” she said.

“There will be no doubt some kind of price increase, and probably a lessening of the hours in the restaurant.”

The Manitoba Chambers of Commerce said air transportation costs can be five times higher than rail shipment and the provincial government should look at offsetting some of the expense of food and other items.

“My hope is that they would be willing to see that the situation is … dire now and that they’ll be prepared to step up and help,” chamber president Chuck Davidson said.

Churchill Mayor Mike Spence said both the provincial and federal government should pay for the difference for freight.

“We’re going to require a subsidy in getting our supplies into the community,” he said.

The rail disruption is the latest hardship in the remote community. Omnitrax announced last year it was suspending operations at the grain terminal at the Port of Churchill, then scaled back freight service on the rail line.

The Denver-based company has been trying to sell the port and rail line to a First Nations consortium. It signed a memorandum of understanding with the consortium last December, but the deal has not been finalized.

Omnitrax said fuel is an especially critical commodity, and the port could be used, at least during the ice-free season.

“There’s the capability of using the port to potentially deliver fuel into the port to serve the community,” Touesnard said.

A spokeswoman for Infrastructure Minister Blaine Pedersen said the province had talked with Churchill Mayor Mike Spence and others in the community.

“We are aware of the recently announced rail closure and continue to be actively engaged with our affected stakeholders in the North to ensure essential services are in place,” Olivia Billson wrote in an email.

“The province has been advised that Calm Air will be providing freight service twice a week from Thompson to Churchill. We will take further steps as warranted to ensure the safety and well-being of all Manitobans.”