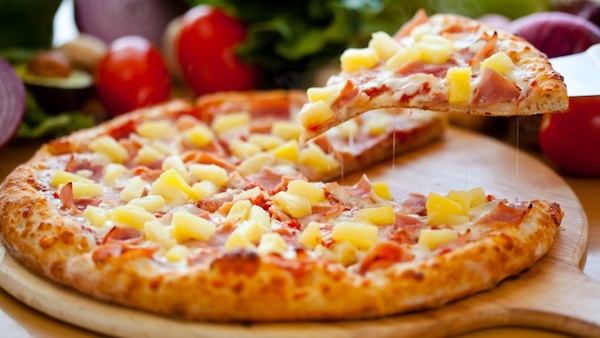 LONDON, Ont. – The Greek-Canadian man who said he was the first to put pineapple on pizza has died at the age of 83.

According to an obituary by his family, Sam Panopoulos had been in hospital in London, Ont., when he died suddenly on Thursday.

Panopoulos was born in Greece and emigrated to Canada in 1954, where he and his two brothers operated a number of restaurants.

Over the years, he told various media outlets that he made the first Hawaiian pizza in 1962 at the Satellite Restaurant in Chatham, Ont., after deciding that chunks of canned pineapple might make a tasty topping.

But his claim to pineapple on pizza isn’t undisputed — some people on some websites suggested the dish was invented in Australia, while others still say it sprung from a German dish of ham, cheese and pineapple on toast.

One of Panopoulos’ sons described his father as a dedicated family man who “wasn’t looking to get famous.”

Bill Panopoulos said he didn’t want to comment further, adding “the Hawaiian pizza story and his immigrant story were his to tell.”

Panopoulos was in the news in February after Iceland’s president, Guoni Johannesson, recently caused a minor online furor by pronouncing to some school children that pineapple did not belong on pizza, and suggested the combination should be banned.

Among those coming to the defence of Hawaiian pizza was Prime Minister Justin Trudeau who pledged his support in a tweet.

Panopoulos’ funeral is set for Monday in London, Ont.