By Beth Leighton, The Canadian Press 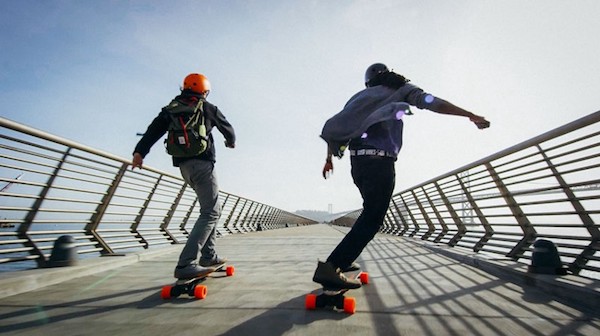 VANCOUVER – A Vancouver man has pulled the plug on his electric skateboard after receiving a $598 ticket the first time he took it out on the street.

Daniel Dahlberg said he was riding the longboard, marketed as a Boosted Board, on Friday down a hill in Vancouver’s Kitsilano neighbourhood when he was pulled over by police.

The board can be used as a normal skateboard but also has a battery attached to the bottom, giving the wheels enough torque to push a rider up a steep hill.

Dahlberg said he hadn’t even engaged the battery yet, but his maiden voyage was also the first time he learned from a police officer that riders need insurance.

“I asked him, I had no idea, how do I get insurance, and he told me that there isn’t any to purchase, it doesn’t exist,” Dahlberg said.

“I kinda stared at him. I was trying to think of a way to respond to that because it doesn’t make any sense to me, and then he hands me a $598 ticket.

Dahlberg has filed notice that he intends to dispute the ticket and said he had already received offers of support after posting about his predicament online.

“I’ve had a lot of attention from that and a lot of people reaching out to me with advice, retired B.C. lawyers who are interested in offering me advice,” he said.

Online checks show the boards sell in shops in Vancouver for more than $2,100 and Dahlberg said the store where his board was purchased has been selling them for at least two years.

But Dahlberg said his board isn’t rolling anywhere, anymore.

“Luckily the manufacturer of the board has a 30-day return policy. So I have already been in touch with them and I’ll be sending back my board for the time being because I don’t really see a reason to use it if I’ll get another fine like this,” he said.

“And then I’ll contest the ticket in court.”

The court process is just beginning and Dahlberg said he didn’t know when the matter might be heard.