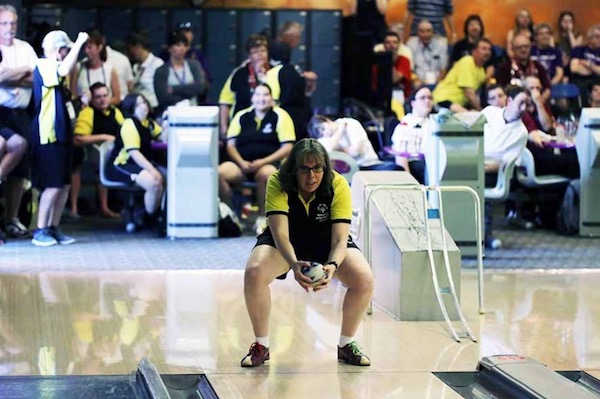 Bowling is one of nine sports at this weekend’s 2017 Special Olympics Manitoba Provincial Summer Games in Brandon. (HANDOUT)

Special Olympics Manitoba athletes will come together this weekend in Brandon to compete in the 2017 Provincial Summer Games.

Athletes representing 52 clubs in seven regions of Manitoba are competing in nine sports, including in golf, being held just outside of the city at the Shilo Country Club.

Five-pin and 10-pin bowling, basketball, bocce, powerlifting, rhythmic gymnastics, soccer and swimming will all take place at venues around Brandon. The games act as a qualifier for the 2018 Special Olympics Canada Summer Games in Antigonish, Nova Scotia.

Special Olympics Manitoba athletes compete every two years to showcase their athletic skills and celebrity the spirit of the organization.

“The City of Brandon has a vibrant history of hosting elite sporting events and these Games will follow in this tradition, emphasizing the competitiveness and team spirit of Special Olympics,” said Michelle Magnusson, chair of the local organizing committee.