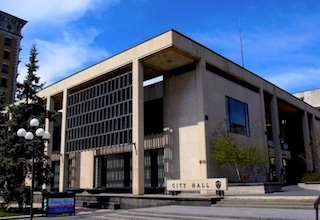 WINNIPEG — A lobbyist registry to track who may attempt to influence city politicians is now in place.

The registry obtains information on meetings between an individual representing a financial or business interest whenever they meet with a city councillor or city staff to try and influence a decision on governmental matters that are outside of the standard process.

Meetings with individuals representing a not-for-profit with paid staff are also included.

“A tool like a lobbyist registry has been missing from Winnipeg’s City Hall for too long,” said Mayor Brian Bowman.

“Lobbyist registries are recognized as an effective accountability tool and are currently in place across Canada at federal, provincial, and municipal levels.”

Regular citizens who communicate and engage with councillors or city officials are not considered lobbyists.

Lobbyists can voluntarily register for free, allowing for both government officials and the public to know who is attempting to influence decision makers.