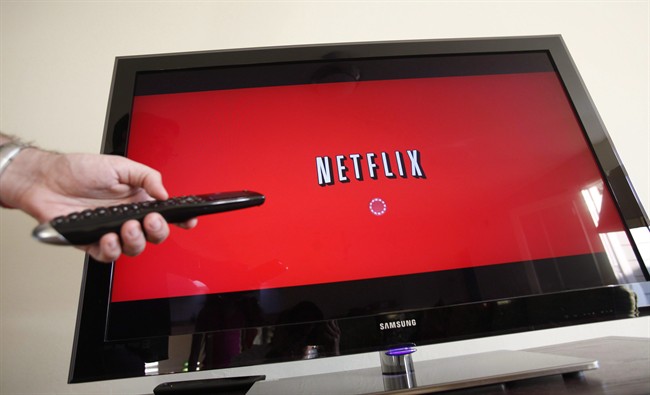 OTTAWA – Prime Minister Justin Trudeau is shooting down a parliamentary committee’s recommendation that Ottawa impose a five per cent tax on broadband Internet services as a way to “level the playing field” in Canada’s rapidly evolving news industry.

The majority report calls on Ottawa to apply the tax, levied on broadband Internet providers, to high-speed Internet services that allow for the streaming of music, movies and TV shows.

Liberal members of the committee tried to sell the move as one that would create more fairness because the tax is already applied to satellite and cable TV services.

But shortly after the report’s release, Trudeau categorically rejected the idea.

“We respect the independence of committees and Parliament and the work and the studies they do, but allow me to be clear: We’re not raising taxes on the middle class — we’re lowering them,” Trudeau said in Montreal.

“We’re not going to be raising taxes on the middle class through an Internet broadband tax. That is not an idea we are taking on.”

The committee spent 15 months studying the ailing Canadian media industry, which has been steadily losing advertising revenue and market shares to online giants such as Facebook, Netflix and Google.

“The amount of money that goes to Google and Facebook in news media is astounding and it is taking away from a limited pot (of advertising revenue),” Liberal MP and committee member Seamus O’Regan said in defence of the taxation idea.

“We are asking that any obligations on broadcast media apply to digital. That is levelling the playing field.”

Among its other recommendations, the report called for the publicly funded CBC to eliminate advertising on its digital platforms; media companies be permitted to deduct taxes on digital advertising on Canadian-owned platforms; and a five-year tax credit to compensate print outlets for a portion of their digital investments.

The report also signalled the need to protect the fading presence of local news in Canada. One solution suggested the CBC make local news and programming a priority.

“This is an emergency,” O’Regan said of the fact fewer journalists than ever are keeping watch on important municipal issues.

“This is a crisis in our democracy.”

The Conservative members of the committee have introduced a report of their own, arguing that their Liberal counterparts are living in the past.

Conservative MP Peter Van Loan tabled a dissenting report, which he described as being “very much in contrast” with the main document.

“Overwhelmingly, we thought the recommendations of the majority on the committee were embracing an effort to turn back the clock to keep things the way they were,” Van Loan said.

“Essentially, to try and replicate the ways of the analog world in the new digital world we didn’t think was practical. This world is changing, and change brings disruption.”

Higher taxes and government control of the news are not the answer to the problem, he added.

Liberal MP Hedy Fry, chair of the committee, said 131 witnesses, including media experts and academics, gave input for a report written as its authors struggled to keep up with the speed of the changing media landscape.

“We found that, in fact, the ground was shifting so rapidly under us — every week there was something new happening,” she said.

“We had to call back witnesses to clarify some things that had happened since they testified to us.”

— with files from Morgan Lowrie in Montreal