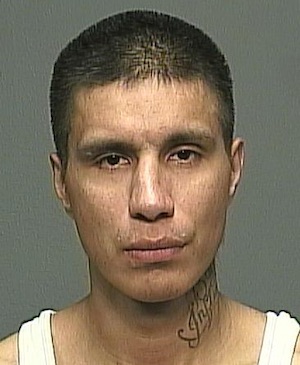 Police in Regina were investigating the homicide of Daniel Richard Dipaolo, 51, when they were led to three suspects in Winnipeg.

Dipaolo was found dead at a home on Garnet Street in Regina on April 29.

Through a joint investigation with Winnipeg police, Christoper Matthew Brass, 34, and Malcolm Mitchell, 25, were identified and arrested while in custody.

Both men were originally arrested by Winnipeg police on May 2, 2017 for a number of violent offences. Both were charged on May 16 in connection with two Winnipeg homicides.

Investigators in Saskatchewan also identified a third suspect, Johnathon Edward Kakewash, 31. He’s wanted on first-degree murder charges and a Canada-wide warrant has been issued for his arrest.

Edward Joseph Genaille, 51, has also been charged with first-degree murder in the Regina case.

Both Brass and Mitchell made a court appearance Friday in Regina via video link.