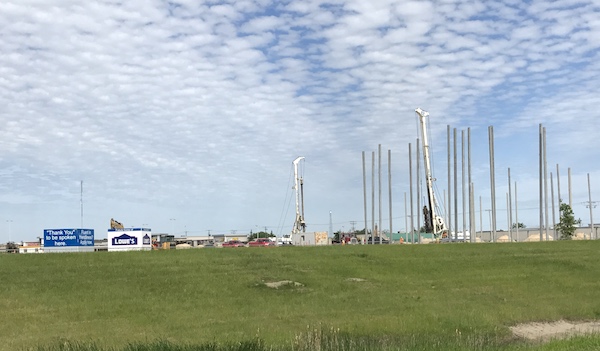 The construction site in south Winnipeg where Lowe’s will open its first Manitoba store in early 2018. (CHRISD.CA FILE)

Home improvement giant Lowe’s will open its first store in Winnipeg in early 2018.

As first reported by ChrisD.ca last week, the store will be located at the corner of Kenaston Boulevard and Scurfield Boulevard.

“We are excited to have this unique opportunity to join the Winnipeg community and finally open this very first Lowe’s location in Manitoba,” said Jim Caldwell, executive vice-president, Lowe’s Big Box Retail, in a release.

The store will also include an adjacent 20,000 square feet garden centre, and create 125 permanent jobs with an additional 30 to 35 seasonal positions.