Manitoba Government Hikes Rents for Some Tenants in Public Housing 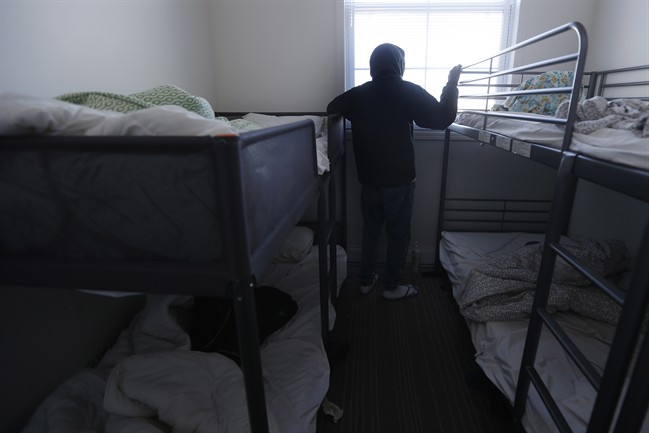 Mohammed, from Ghana, is photographed in an apartment he shares with five other men from Africa in Winnipeg, Tuesday, February 14, 2017. (THE CANADIAN PRESS/John Woods)

WINNIPEG – The Manitoba government is increasing rental costs for some low-income earners and giving them fewer options on where they can live.

The province has sent letters to landlords and tenants in public housing units that rent will be raised later this year to 28 per cent of a renter’s income.

The government announced a similar increase two weeks ago for low-income earners who rent on the private market.

Neither change applies to people on welfare.

The government also is no longer offering three location options to people when they first apply for public housing or want to move to a different building. Instead, they will be offered one location and will have three days to make up their minds.

People may request a second option if they have a documented health or safety reason.

Manitoba Housing says the rent increase will ensure the program is sustainable and helps those most in need.

Make Poverty History, a poverty-rights group, says the change will cost tenants up to $60 more each month when they are already struggling to get by.

“Tenants in social housing are already living below the poverty line and have to watch every dollar they spend,” said group chairman Josh Brandon.

“Any increase in rents or reduction in subsidies is going to mean they will have to make impossible choices like cutting back on food or other basic necessities.”

A fact sheet provided by the government said the aim of offering people fewer location options, combined with a three-day deadline to accept, is to free up units and reduce wait times.

Brandon said current waiting lists are long so the policy change may succeed that way. But, he added, it could make life harder for people who want to live in a specific neighbourhood to have access to certain schools or other facilities.

There are several other rule changes including, for the first time, a policy that clearly defines service animals that must be allowed in public housing units.