Doo-wop tunes, intricate sets, bloodthirsty plants, an evil dentist, doomed lovers, and an excellent Bob Ross mural — what do these things have in common? They all take centre stage in Rainbow Stage’s production of “Little Shop of Horrors.”

I was glad to see that Rainbow decided to do three (including their inaugural partnership with the Winnipeg Symphony Orchestra, South Pacific) full-fledged musicals this year instead of, frankly, wasting local talent on a tribute show like last year’s “Cash: Ring of Fire.” Winnipeggers can get their fill of impersonators of yesteryear with Club Regent’s touring lineup. No, this year, the two summer shows, both modern classics in the musical theatre genre in their own right — Little Shop and coming in August, “Mamma Mia!” — are both making their Rainbow debut. 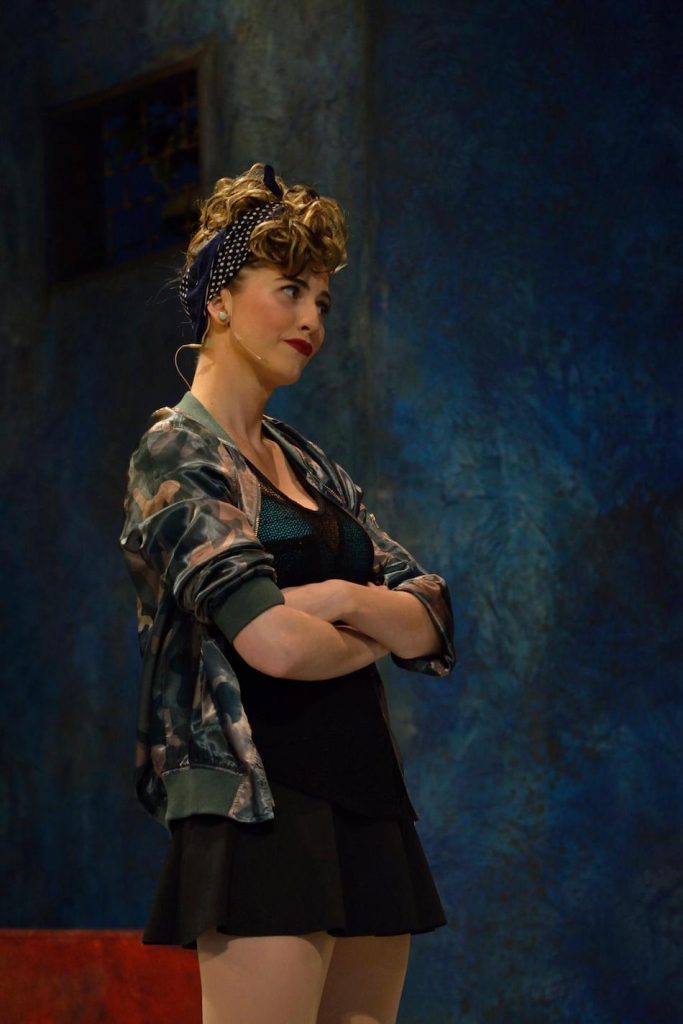 Out-of-towners Gabi Epstein and Chris George play leads Audrey and Seymour, both employees at a failing florist shop on Skid Row, the sketchy part of town. Seymour finds a peculiar unidentified plant that he’s named Audrey II, who only grows (and grows and grows and grows) if she’s fed blood. She becomes a tourist attraction, and he feeds her in secret with nicks from his own fingers — until she continues to be hungrier still.

Epstein and George are supported by an otherwise all-Manitoban cast who are all Rainbow veterans. The trio of backup singers, played by Lisa Bell, Colleen Furlan and Rochelle Kives, serve almost like Greek muses — albeit sparkly, sassy ones. The men of the show — Jesse Grandmont, Darren Martens, Simon Miron and Robb Paterson — all play different roles throughout the night, showing just how diverse this cast can be.

On a side note: when will we see Darren Martens become a leading man? Every time I see his name on a program I get excited to see his enthusiasm onstage, and I’ve had enough of him as the comic relief or in the ensemble. Time to give him the spotlight.

The joys and sorrows of an open-air theatre is that the audience is occasionally exposed to the elements. Sometimes a gentle breeze is welcomed on a stifling summer night, but opening night was not exactly hot. It was cloudy and windy. And then, right as Epstein’s solo song “Somewhere That’s Green” started, so did tapping on the dome. The skies opened, and it made the smell of the real trees come alive, and added a special ambience that only theatre Gods can grant. Further still, the rain eventually stopped and then started again during the “Somewhere That’s Green” reprise. Live theatre, people. You can’t plan this stuff.

The set was so magnificent (and seemed to constantly be rotating) that I expected it to malfunction. And that’s not a statement about Rainbow — there are a lot of sets with moving pieces even in current Broadway houses that bring shows to a halt. But everything ran smoothly. They seem to top themselves year after year.

If you’re looking for a night of fun tunes, tributes to B-movies and general ridiculousness, Little Shop is the show for you.

Note for parents: This show is appropriate for mature children. There’s some violence — mostly domestic between a boyfriend and a girlfriend, but also non-graphic deaths — some language, use of smoke machines and strobe lights, and mature themes. It’s not in the “horror” genre, despite the title.