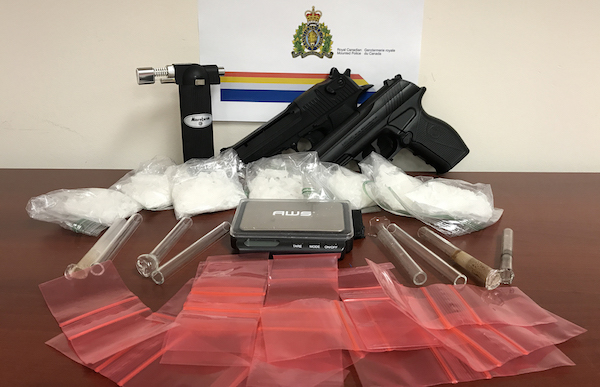 Methamphetamine and other items seized from a motorist on Highway 1 east of Winnipeg on Saturday, June 24, 2017. (RCMP HANDOUT)

A checkstop set up over the weekend along Highway 1 east of Winnipeg ended up taking a quantity of methamphetamine off the streets.

RCMP from the St-Pierre-Jolys and Oakbank detachments were stationed on the Trans-Canada at PR 207 when they checked the vehicle of a driver whose licence was suspended.

Police found 211 grams of methamphetamine, an imitation firearm and drug paraphernalia shortly after midnight on Saturday.

Galvin was taken into custody and was to appear in Winnipeg court on Monday.