Teemu Selanne Among Those Elected to Hockey Hall of Fame 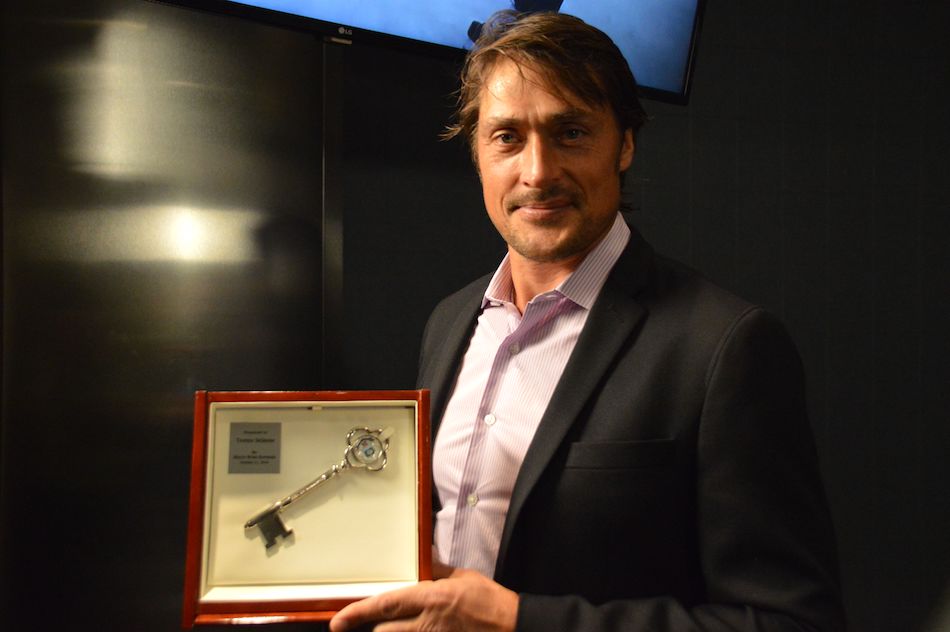 Teemu Selanne holds up his key to the city while in Winnipeg in October 2016. (DAVE BAXTER / CHRISD.CA FILE)

Selanne, known as the “Finnish Flash” was one of the N-H-L’s greatest goal-scorers and arguably the finest player ever from Finland.

He set an NHL record for most goals in a season by a rookie when he scored 76 for the 1992-93 Winnipeg Jets, and later helped the Anaheim Ducks win a Stanley Cup in 2007.

Selanne finished his career with 684 goals and 1,457 points over 1,451 games with Winnipeg, Anaheim, San Jose and Colorado.

Kariya had 989 points in 989 games with Anaheim, Colorado, Nashville and St. Louis. His career was cut short early after suffering multiple concussions.

Recchi had 577 goals and 956 assists in 1,653 games with Pittsburgh, Philadelphia, Montreal, Carolina, Atlanta, Tampa Bay and Boston and was a member of five Stanley Cup-winning teams.

Andreychuk had 640 goals and 698 assists in 1,639 games with Buffalo, Toronto, New Jersey, Boston, Colorado and Tampa Bay, and led the Lightning to a Stanley Cup title in 2004.

Boston Bruins owner Jeremy Jacobs and former University of Alberta coach Clare Drake were named to the Hall as builders.