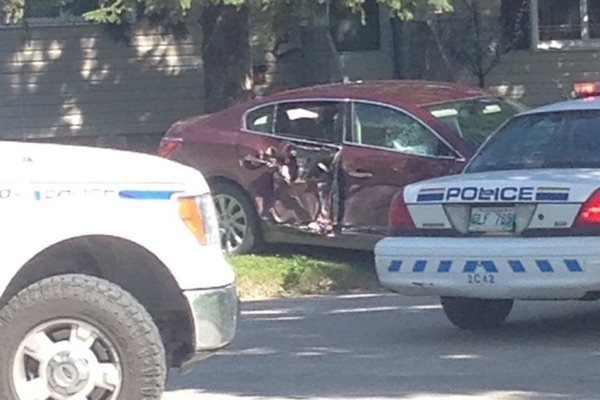 PORTAGE LA PRAIRIE, Man. – RCMP in central Manitoba say they have apprehended a suspect they believed fled a traffic stop armed with a rifle and “public safety is no longer a concern.”

Mounties say the man was shot as he was being arrested just east of Portage la Prairie, Man., off the Trans-Canada Highway.

He has been transported to hospital in Winnipeg with non-life-threatening injuries.

Earlier on Tuesday, schools in the community were locked down and residents were asked to stay in their homes as the manhunt for the suspect began.

It all started in the early afternoon when Mounties got a report of a stolen car with multiple firearms inside.

When they stopped the car near a local grocery store, they were able to arrest two females, but a male fled on foot, reportedly armed with a long gun.

As is standard procedure in all officer-related shootings, the Independent Investigation Unit will be investigating the circumstances surrounding the arrest.