Lyle Bauer Tells All in New Book After Cancer Battle 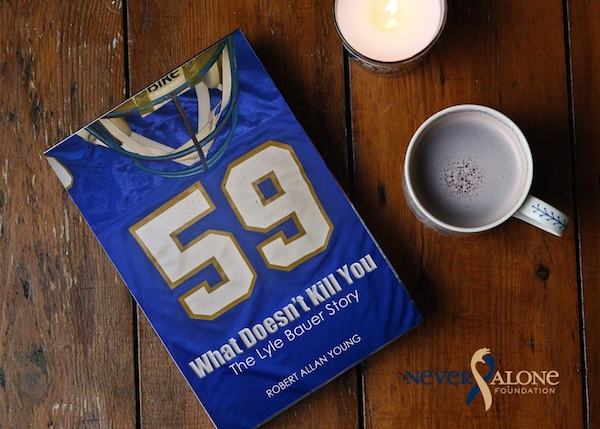 “What Doesn’t Kill You” is about fight, hope, inspiration and that a cancer diagnosis is not a death sentence.

Bauer was diagnosed with throat cancer in 2004 and later started the Never Alone Foundation, a national registered charity committed to improving the lives of people affected by cancer.

“When I was first diagnosed with cancer, in spite of family and friends, I had never felt so alone and unsure of what my future would bring,” said Bauer, who has since successfully fought the disease.

“Through our Never Alone Foundation, I’ve been told by many cancer patients and their families that our support for their loved one meant so much to them. We gave them all strength and comfort. Unfortunately, some lost their battle, but appreciated me being a part of their journey.”

The book was written by local bestselling author Robert Allan Young and will see proceeds from its sale go towards Bauer’s Never Alone Foundation and the CFL Alumni Association’s Support Fund.

“In June, the Canadian Cancer Society released a report that states almost half of all Canadians will be diagnosed with cancer in their lifetime,” added Bauer. “That’s a sobering thought and why it is critical that our foundation continues its work.”

Bauer has been away from football for five years, but still bleeds Blue and Gold. The former Blue Bombers executive will be on hand July 1 when the Bombers visit the Saskatchewan Roughriders at the new Mosaic Stadium in Regina.

Presales of Bauer’s book can be made by visiting LyleBauer.com.