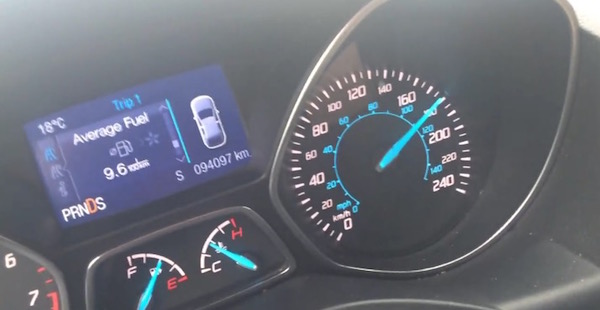 A screen grab from a video posted to Facebook showing a man nearly reaching 200 km/h on a Manitoba highway. (FACEBOOK)

As Manitobans hit the road this Canada Day long weekend, Manitoba Public Insurance wants to remind motorists of the dangers of speeding.

A recent survey conducted by the Citizens on Patrol Program found 25 percent of the 9,400 vehicles monitored exceeded the posted speed limit.

“The results of the ‘Spotlight on Speed’ (May 1-6) week confirm that many drivers still do not understand the dangers associated with speeding,” said Ward Keith with MPI.

“Speeding is a high-risk driving behaviour that can have tragic consequences. Last year was the deadliest year on Manitoba highways in a decade and some of those crashes were speed related. The goal for 2017 is to make our roadways safer for everyone.”

Heavier than normal traffic volumes will be seen on Manitoba highways as the summer vacation season gets underway.