Milton Sussman Out After Short Stint as WRHA CEO 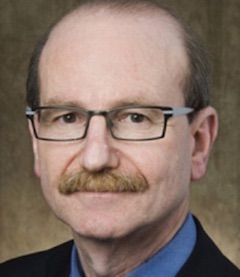 A change in leadership at the Winnipeg Regional Health Authority has resulted in the departure of Milton Sussman as president and CEO.

Sussman assumed the role in October 2015 after being the clerk of the executive council, the province’s highest-ranking civil servant.

No reason for Sussman’s departure was provided on Wednesday.

The WRHA board of directors has appointed vice-president and COO Real Cloutier in the top role on an interim basis. A national search for a permanent CEO will be conducted.

“Mr. Sussman’s leadership and commitment has been integral to the regions ability to undertake the significant clinical and structural transformation previously announced. The board of directors and Mr. Sussman have both agreed that the groundwork has been laid for new leadership to successfully guide the region through the next phase of these changes,” the WRHA said in a statement.

The executive change at the WRHA comes the same day the Manitoba government announced it was centralizing health care services in the province.

In a statement, Health Minister Kelvin Goertzen said: “In all ways, Milton has been an exemplary civil servant. Through multiple governments and in a variety of roles, he has served and led at the highest levels and on some of the most challenging files. He played an important role in the initial phase of our government’s transformation of the health-care system.”

He continued, “I am personally grateful for his insight and advice over the span of my time as minister. On behalf of our government and all Manitobans, I thank him for his service.”