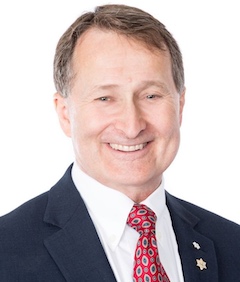 Winnipeg Harvest is saying goodbye to its longtime leader today as executive director David Northcott retires from the food bank.

Northcott has overseen Winnipeg Harvest for more than 30 years, becoming a champion in the community in fighting the battle against hunger.

“David has played a critical role in the development and the success of the organization. We will miss him and his inspiring leadership,” said board president Gail Loewen.

The public is invited to see Northcott off during a celebration in the community garden at Winnipeg Harvest from 1 p.m. to 5 p.m. today.