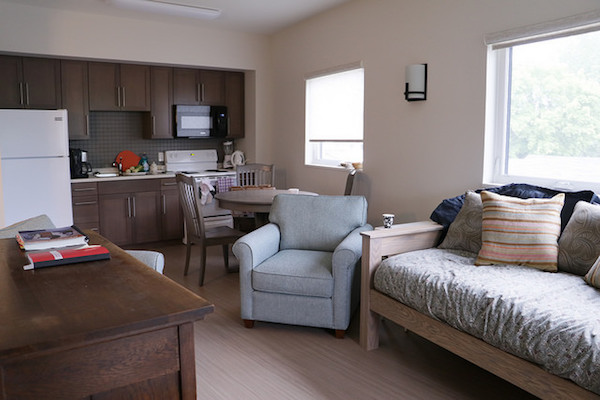 One of the apartment units inside Nova House, a new shelter for women and children affected by domestic violence in Selkirk. (MANITOBA GOVERNMENT)

A new shelter for women and children to escape domestic violence has opened in Selkirk, Manitoba.

Nova House is a $2.9 million emergency shelter with 22 beds and four apartment units.

“Nova House is a critical lifeline to show women and children in crisis that they are not alone when they leave dangerous and abusive situations,” said Families Minister Scott Fielding.

The shelter will serve the Interlake and North Eastman regions and help victims transition back into the community. The home, which replaces an existing facility in the city, features children’s recreation areas and office space to facilitate co-ordinated on-site resources and referrals.

The province contributed $1.25 million to the build, with Ottawa contributing more than $300,000. The Jim and Betty Ann Gaynor family donated more than $550,000, while the City of Selkirk donated land.

Nova House will operate on $567,000 a year in funding through the province’s Family Violence Prevention Program.