Home » Columns » What Does It Mean to Be Canadian?

What Does It Mean to Be Canadian? 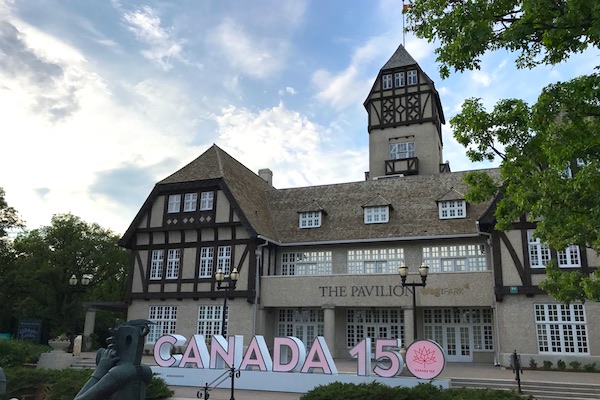 A Canada 150 sign sits in front of the Assiniboine Park’s Pavilion in celebration of Canada’s 150th birthday. (CHRISD.CA FILE)

NEEPAWA, Man. — What does it mean to be Canadian? As the country celebrates its 150th birthday, many people, myself included, are asking this question. I was born in this country, as were my parents, you would think I would know what it means to be Canadian, but I don’t.

It’s easy to think about what Canada is — a cold and peaceful country, full of pristine wilderness and polite, friendly people. This may not be the Canada most people experience, but the stereotype remains and it’s one, I think, most Canadians cling to. But what does it mean to be Canadian? Summer or winter, Canadians like to complain about the weather, but we can hardly say that’s what it means to be Canadian!

Earlier this year, the Pew Research Centre conducted a survey to see what it meant to be a “true” Canadian. The survey talked to people in 14 countries and was undertaken in response to rising nationalist sentiments across the developed world. Nearly 90 percent of Canadian respondents said that speaking French or English was “very” or “somewhat” important. Just over half of the respondents said that sharing national “customs and traditions” was important, but just what those practices included wasn’t specified. This doesn’t really help us.

Surprisingly, for most people, being Canadian usually means being from another country. Apart from the First Nations, all Canadians, or their relatively recent ancestors, came here from somewhere else. They came in search of riches; fur, timber, gold or oil. They came to escape persecution; religious or otherwise. They came to pursue opportunities, such as land ownership, not available to them in their home countries. This was true 150 years ago and it’s true today. The 2011 Canadian Census reported that 6.775 million people living in Canada, or one in five, were foreign-born. About 17.2 percent of them came to Canada between 2006 and 2011 and in the 10 years between 2001 and 2011, just over two million immigrants came to Canada. Even those who were born here still often have some connection to their “homeland.”

The United States has the American dream. Rooted in the Declaration of Independence and articulated by writer and historian James Truslow Adams in 1931, the dream is that “life should be better and richer and fuller for everyone, with opportunity for each according to ability or achievement.” The idea that anyone can work hard and achieve success, based on merit alone, is perhaps one of American’s greatest cultural exports. The “American” dream does exist in Canada too, but it isn’t nearly so central to our country’s identity. I truly don’t think there is a unified “Canadian” dream.

According to Immigration, Refugees and Citizenship Canada, Canadian values include equality, respect for cultural differences, freedom, peace and law and order. In a world of increasing political, cultural and financial insecurity, these are values we should hold on to, but is that what it means to be Canadian? Is a Canadian someone who embodies these values?

Maybe we’ll never know what it really means to be Canadian, maybe that’s the answer. Maybe there is no one “Canadian” story, because we have all had different experiences — something allowed by our country’s diversity. I, for one, will drink some maple syrup and toast to that.